It is with sadness that we announce the death of Dr Patrick Finlay on 2 June 2021. Patrick was an entrepreneur with a PhD in automation. He founded Europe’s first medical robotics company in 1991. He was a pioneer in surgical robotics and an active member of IMechE’s medical engineering division for over 15 years. 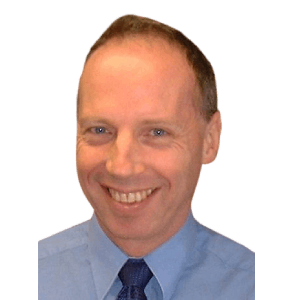 He was elected IMechE Chair in 2013 and led an initiative to broaden the division’s scope and raise the profile of healthcare within IMechE. His efforts led to the formation of IMechE’s Biomedical Engineering Association, the largest grouping of professional biomedical engineers in the UK.

In addition to his role with the Biomedical Engineering Association, Patrick founded MediMaton, a private UK company formed in 2005 to promote the development of medical robotics. MediMaton arose as a result of work done by Patrick in the 1980s and '90s as project manager of the Medical Robotics initiative of the International Advanced Robotics Programme.

In 2016 Patrick was appointed as CEO of the Institute of Measurement and Control.

Greg Ward, Secretary-General of BMTA said, "I had the pleasure of working with Patrick for a short time before he left his role as Chief Executive of the InstMC. He was an educated, talented and interesting man with a long list of accomplishments, many of which he was too modest to discuss".

He is survived by his wife, Sue, and his three sons. The BMTA Council extend their condolences to Dr Patrick Finlay’s family.