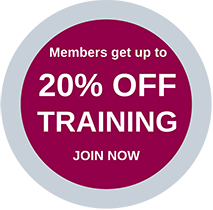 The Voice of Measurement and Testing

The Office for Product Safety and Standards (OPS&S) laid a new SI on Weights and Measures Act 1985 (Amendment) and Units of Measurement Regulations 1986 (Amendment) Regulations.

This amendment to the SI will implement the new definitions of seven units of measurement - the kilogram, mole, kelvin, second, metre, ampere, and candela - as recognised and agreed by the International Bureau for Legal Metrology of which the UK is a member.

It amends definitions in the Units of Measurement Regulations 1986 but also amends the Weights and Measures Act definition of the ampere, with a supplemental amendment to the definition to the watt.

The aim of the SI is to ensure UK legal metrology legislation is updated in accordance with international standards. The new definitions do not change the value of the units of measurement for example, a kilogram will still have the same mass as it had before.

It is changing the standard by which the unit is defined from a physical object into a more scientific and technical calculation to reach the same value, which means it cannot deteriorate over time and remains constant.

Last week OPS&S laid the SI, as it must be made before the UK leaves the EU and loses the powers under s2(2) of the European Communities Act 1972 to make the Order; as there are insufficient powers in other UK legislation to make all the necessary changes.

For more information, the EU Exit Statutory Instrument has been published at http://www.legislation.gov.uk/uksi/2019/1211/contents/made