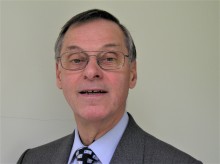 He is a Chemist by Profession, graduating from Swansea in 1968 and obtaining his PhD in Carbohydrate Chemistry in 1972. Jeff then did two years post-doctoral research at Swansea before joining the Laboratory of the Government Chemist (now LGC) in 1973 where he worked for 10 years in food and environmental analysis.

In 1984 Jeff moved to the Department of the Environment with responsibility for Indoor Air Quality and Asbestos in Buildings. Four years later he joined the Building Research Establishment (now BRE Ltd) where he managed the Organic Materials Division and later the Centre for Environment and Health.

In 2002 Jeff became Chief Executive of the National Weights and Measures Laboratory (NWML - now the National Measurement Office, NMO) which was then an Executive Agency of DTI. He remained there until he retired from the Civil Service in August 2007.

He became a Chartered Chemist in 1976, a Fellow of the Royal Society of Chemistry in 1985 and a Chartered Scientist in 2004. During his varied career Jeff has accumulated a wealth of knowledge and experience of measurement, testing, and analysis (and laboratory accreditation) in a wide range of fields, all of which he brings to BMTA.

It was whilst at NWML that he was invited to join the BMTA Council in 2006 and become the UK National Member of EUROLAB. He became President of BMTA in 2008 and then Chief Executive in 2009 following the death of Tim Inman, the previous CE.

Jeff joined the EUROLAB Board in 2010 and served as Vice President from 2011 until 2017 when he stood down.