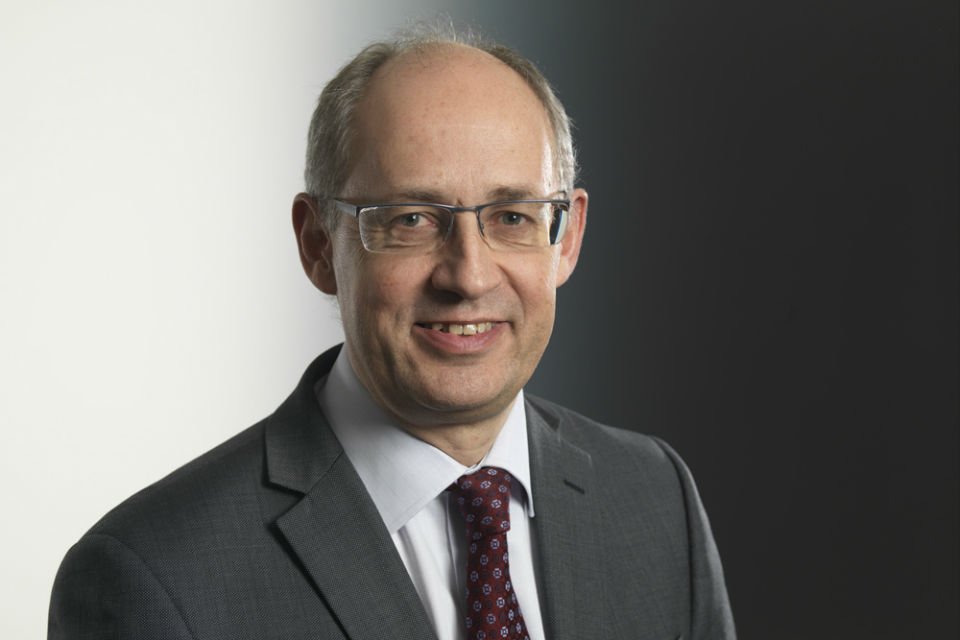 Director of  Measurement Science and Partnerships

Julian is the UK Government Chemist. He also leads LGCs strategic measurement solutions to deliver health and economic benefits. He has a strong record of achievement, with successful national and European management experience and customer focus for public and private sector customers. He has a proven track record in collaborative research innovation and exploitation , and holds the position of Visiting Professor at Loughborough University. He also holds several national, European and international positions informing standards generation and application, as well as government and commercial policy and practise.

Q. What is the role of the Government Chemist?
The core part of the role is a statutory function. Where a technical dispute arises between an Official Control Laboratory (usually a local authority public analyst) and a laboratory acting for a manufacturer/trader, either party has the right to refer the dispute to an independent arbiter, in this case the Government Chemist. These cases most often involve sampling and analysis in the agrifood sector, but there are other areas where the Government Chemist role is cited in legislation.

The second part to the role is a wider advisory function across measurement science to assist Government in its policy-making and regulation. In the short-term EU-exit could be expected to increase case referrals and the need for advice as a result of increased imports from non-EU countries as new trade agreements are developed.

The role itself reports to the Department for Business, Energy and Industrial Strategy (BEIS) and, traditionally, has occupied around 25 days a year. A small specialist team comprising the Office of the Government Chemist (OGC) directly supports the role, with the resources of the wider National Measurement Laboratory at LGC also being available to the Government Chemist.

Q. What do you want to bring to the role that is different to your predecessors?
My background in chemical and biological measurement is different to recent predecessors. This will enable me to engage with a range of issues in both existing areas and new ones as they develop, e.g. nutraceuticals, gene-edited or nano-products and food health claims. In turn this will allow me to spearhead measurement science training requirements being highlighted by the chemical and biological communities; the ‘soon to be launched’ Community for Analytical Measurement Science initiative will form the backbone of this activity.

Q. What aspects of your predecessor’s work do you want to build on?
My predecessor did a lot to build the advisory role of the Government Chemist but awareness of the role and impact of the full range of the role’s programme activities is still under-estimated. At this time of political change, this is something that I am keen to address. I therefore want to ensure that I fully connect with all stakeholders right across the spectrum, both within existing enforcement systems and within trade organisations.

Q. What impact will Brexit have on the role of the Government Chemist?
There is still a lot of uncertainty as to how EU-exit may impact UK legislation-making post any transition period; it would appear that there is likely to be a broad transference of existing legislation at the point of exit.

Q. Is the current enforcement infrastructure sufficient or will it need to be modified as a result of EU-exit?
Although the current enforcement system is established, well-tested and proven to be robust, we do not know, at this time, how they need to look/change for a post-EU-exit environment, without knowing the exact nature of the withdrawal agreement. Clearly though we will need to have sufficient people with the right skills, adequate facilities and appropriate mechanisms to deliver an enforcement framework that remains globally recognised. The existing Official Control Laboratory system is currently the subject of a review by FSA; this will include the role of the Government Chemist.

Q. Food fraud is an increasing issue at present. In your view, how suited is the UK inspection and testing infrastructure to help combat this problem.
There are worldwide systems of surveillance, but the often huge supply chains in the food and chemical industries make it challenging to build-in the desired robustness expected for food authenticity testing and food integrity. Detecting and combating food fraud is best done by a mix of analytical checking and supply chain audit. The UK is world class in both and LGC hosts the UK government initiative, the Food Authenticity Network, which is the ‘go to’ source of food authenticity testing in one convenient location.

There will continue to be challenges of course relating for example to analytically low levels of specific, known or unknown, food ingredients or contaminants and the provision of advice relating to food choking hazards and understanding thresholds of elicitation of allergic responses. The use of nanotechnology in food production, new sequencing analytical technologies as well as ‘so-called’ borderline products (between food and speciality medicine) are becoming more important. My annual report for 2017 covers some of our recent work.

However, with the Food Standards Agency’s ‘Regulating our Future’ programme, I am confident that the UK enforcement framework will remain fit for purpose as long as we continue to remain alive to, and ahead of, the changing nature of technical developments.

And finally
I am keen to make all members of BMTA aware that the Office of the Government Chemist is there for them, with best practice in measurement at its heart. It remains available to all laboratories in need of advice. All our outputs are reported on our website where you can also find out how to submit a referee sample for analysis; I am happy though to explore with the BMTA Executive mechanisms to get these outputs shared more directly with Members.

I would encourage BMTA Members to make contact and offer their valued input into our future work activities by defining their key measurement problems, especially where emerging science or interpretation makes their life difficult. I would welcome engaging with Members too around their training needs and bring together the community of existing providers to address training gaps. My ultimate aim is to protect all stakeholders from unwitting errors in analysis or bioanalysis.